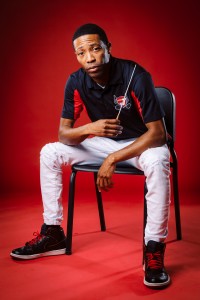 During his time at the University of New Orleans, he studied under world-renowned jazz musician and educator, Mr. Ellis Marsalis. He also studied jazz trombone with Delfeayo Marsalis, the younger brother of acclaimed jazz artist Wynton Marsalis. He studied classically on trombone with the trombonist of the Louisiana Philharmonic Orchestra, Mr. Steve Suter. Mr. Moore later received his Masters of Secondary Education from the University of Arkansas at Little Rock.

In 2015, Mr. Moore also founded and started his own non-profits organization called “RockTown Community Performing Arts”, which places an emphasis on jazz studies and performance while also offering marching and pep band ensembles. He has invited world-renown jazz artists such as jazz trombonists Wycliffe Gordon and Ronald Westray, jazz trumpeter Marcus Printup and others as the ensemble’s guest musicians for concerts.

Aside from music education, Mr. Moore mentors his own male youth organization called “Serious Young Brothers” as well as his teen organization called “TeenU.” He is the author of 7 published books, the last of which is titled “Man Structure.” His books can be found at all major bookstores and online bookselling sites, such as Amazon, Books-A-Million and Barnes & Noble.